The scenario is following:

Someone would ask: Is it possible at all?

Thanks to some nice built in WSL integrations from Docker, VS Code and Windows itself, it is absolutelly possible and quite straightforward, I have to say.

Ok, but why do I need to build an azure function from WSL? Can’t I just build it on Windows and deploy to Docker container ?
Well in most cases this would be sufficient, unless you are using some linux specific requirements. As an example, recently I’ve been developing a Vega js rendering function. I wanted this function to be hosted as Linux based Azure Fucntion. Unfortunatelly some of the node packages used by Vega were using nativelly build libraries and when installed from Windows machine they were build against Windows architecture. That caused a problem when the project were deployed to linux distro (that internally build libraries could not be simply loaded). So the solution was to basically rebuild node packages on linux, before the zip deployment were prepared.

So without any further ado, lets see how to configure the environment.

Develop your Azure Function in WSL

Now lets create the function. We will generally follow this Microsoft guide.

Build and deploy to Docker

To build and run a docker image with our Azure function run following instructions in the WSL terminal. All available Azure Function images can be found here.

You should be able to see running container in your Docker

Lets now test the function from our windows machine. Navigate your browser to

and you should see the default Azure Function starting page 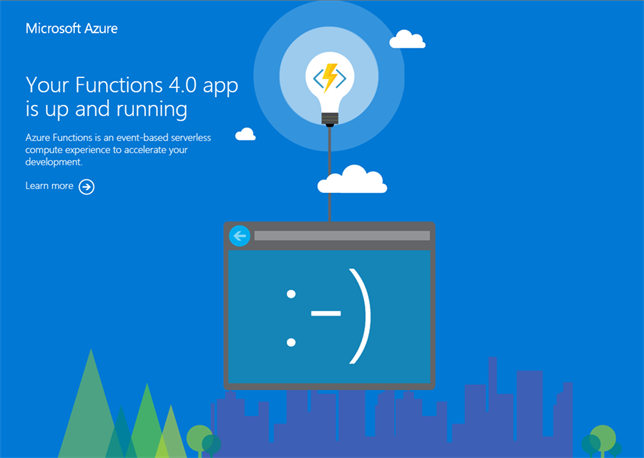 which should return a message from the sample azure function